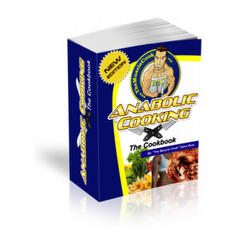 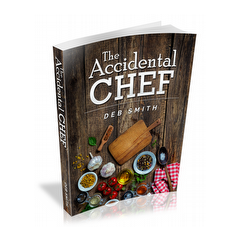 From the webpages of

NSAIDs such as ibuprofen might be able to do more than just relieve cramps during your period.

After Twitter user @girlziplocked said she learned about the link between ibuprofen and periods while reading Period Repair Manual by Lara Briden, hundreds of people responded saying they never knew about the connection.

I learned that ibuprofen reduces menstrual flow BY 50% and the only reason I can come up with for why no one else knows about this is that we’re such a fucking misogynist culture, we can’t talk about something that women have to deal with every four weeks for 30 years.

Here’s how it works: NSAIDs work by reducing the body’s production of inflammatory elements such as prostaglandins, according to USC Fertility. “Prostaglandins are lipids that have diverse hormone-like effects” on the body, such as inducing labor and causing inflammation, among other functions, says board-certified ob-gyn Heather Bartos.

So, taking ibuprofen can not only help to ease cramps, but it can also reduce heavy period flow—all by causing a decrease in the rate of prostaglandin production from the uterus, explains Dr. Lewin.

While this might seem like an appealing way to deal with a heavy, crampy menstrual cycle, there’s a lot to consider before jumping on this bandwagon. Here’s what you need to know.

Is it safe to reduce heavy period flow with ibuprofen?

First and foremost, touch base with your doc to make sure it’s safe for you to take high doses of ibuprofen—for any reason. Once you get that OK, the recommended dose to reduce heavy period flow is between 600 and 800 mg of ibuprofen once a day (an admittedly “high dose” for most people taking an NSAID for general pain relief, notes Dr. Bartos), starting on the first day of bleeding. This daily dose can be continued for four or five days, or until menstruation stops, says Dr. Lewin.

Keep in mind: Ibuprofen won’t totally eliminate period blood flow, and the research backing the method is super limited. A 2013 review of studies assessing the management of heavy menstrual bleeding, published in the medical journal Obstetrics and Gynecology, suggests that taking NSAIDs may reduce bleeding by 28 to 49 percent for those who experience a heavy period flow (the reviewed studies didn’t include any people with moderate or light bleeding). A more recent review published online in the Cochrane Database of Systematic Reviews found that NSAIDs are “modestly effective” at reducing heavy menstrual bleeding, noting that other medicines commonly used to alleviate heavy period flow—including IUDs, tranexamic acid (a drug that works to help blood effectively clot), and danazol (a drug commonly used to treat endometriosis)—are “more effective.” So, while taking ibuprofen to reduce heavy period flow isn’t necessarily a foolproof method, it could be a good option for those who experience occasional (rather than chronic) heavy menstrual bleeding and cramping.

“As long as you don’t have any contraindications to taking [NSAIDs], it can be a short-term fix [for a heavy period flow],” says Dr. Bartos, adding that she’s seen “effective” results in her own patients who use this method. “There are limited studies on its exact effectiveness in terms of data, but anecdotally I’ve seen good success,” she explains.

(Also read: 7 Reasons Why Your Period Flow is Suddenly Lighter Than Usual)

Who might want to explore NSAIDs to reduce heavy period flow?

Heavy period flow can be a symptom of several health conditions, including endometriosis and polycystic ovary syndrome (PCOS), among others. With that in mind, it’s important to talk to your doctor about your experience with heavy menstrual bleeding to confirm whether ibuprofen is the right option for you, says Dr. Bartos.

“Certainly for women with endometriosis, in which prostaglandin levels are high, periods are long and heavy and cause immense cramps—NSAIDs are a great treatment especially for women wanting a non-hormonal option” to help reduce bleeding, she explains. But again, there are also prescription medications, such as tranexamic acid, that can reduce heavy period flow more safely and more effectively, she adds. “Hormonal options like the birth control pill or the Mirena IUD are [also] more effective” than high doses of NSAIDs, especially long-term,” says Dr. Lewin.

As for how to delay your period with ibuprofen or other NSAIDs: “Ibuprofen has not been studied in delaying your period,” but theoretically it’s possible that taking these intermittent high doses “could delay [your period] for a very brief time,” explains Dr. Bartos. (Specifically, the Cleveland Clinic reports that NSAIDs may delay your period “for no more than a day or two,” if at all.)

But remember: Long-term NSAIDs use can have consequences.

There’s another major issue to consider here: namely, how long-term NSAIDs use, in general, can affect your health. For most people, using NSAIDs like ibuprofen to reduce heavy period flow is only meant to be done “once in a while,” not as a long-term strategy for heavy menstrual bleeding, according to the Cleveland Clinic. When used long-term, NSAIDs can potentially increase your risk of kidney issues and stomach ulcers, among other health issues, says Dr. Bartos.

Bottom line: “If heavy periods are a long-term issue, we’ll often discuss a progesterone IUD or something created for long-term use,” says Dr. Bartos. “Ibuprofen won’t fix any problem, but it’s a great reliever for heavy, crampy cycles.”

SHAPE and the SHAPE logo are registered trademarks of TI Gotham Inc., used under license. © 2019 TI Gotham Inc., a subsidiary of Meredith Corporation. All rights reserved. Reproduction in whole or part without written permission is prohibited.